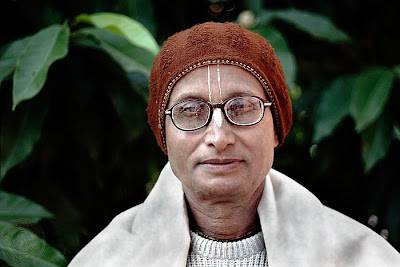 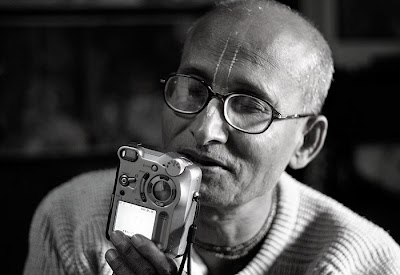 He said my own sons are foreigners, because they have taken this vow to preach the divine message of Sri Caitanya Mahaprabhu all over the world. This is why they are my own sons. Because whatever they are doing, I have no words to describe this thing, Prabhupada said once upon a time. I saw myself that he is a very strict sanyassi. One of his two sons (Vrindavan and Matura Mohan), Vrindavan came. They were very eager to see their father. Prabhupada was just asking, "What about your spiritual life?" Not so many things this way or that way. He was asking as spiritual father, not as a material father. Not how is your property? How is your family? How is your health? All the time, 100% he was concerned about the spiritual life. How you are progressing? In that way, we learned that he was always conscious to serve Lord Caitanya Mahaprabhu.