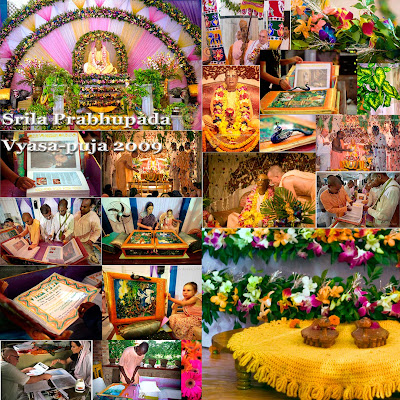 This year we offered 12-th Vyasa Puja Book of this kind for the pleasure of Srila Prabhupada:

In the evening devotes offered lamps to Srila Prabhupada:

Mangala aroti next morning after Janmastami night, shot inside the altar:

Mayapur devotees are busy making community Vyasa Puja book for the pleasure of Srila Prabhupada.
Vasa Puja offerings from Mayapur residents will be presented in a hand-made book, made by hands of community devotees.

pictures of work in progress: 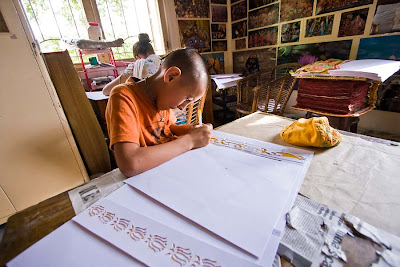 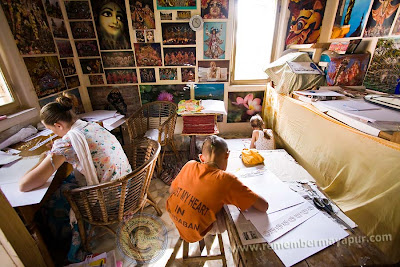 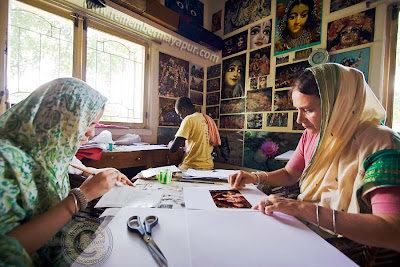